A few years ago I started meeting with a “life coach” (my term, not his) who I was looking for some guidance from on how to be successful in a few particular areas of my life. 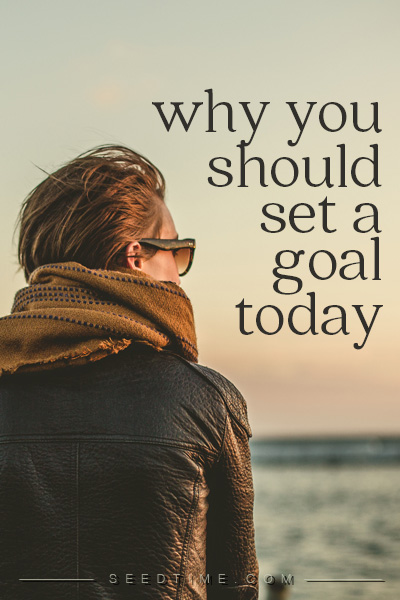 He was a very wealthy, successful, God-fearing guy who just seemed to have it all together.

He was a friend of a friend and I jumped at the chance of meeting with him – hoping to glean something from him to help me in some of the more frustrating areas of my life.

One of those areas was my career.

While it appeared that there were tremendous career opportunities within reach, there was an invisible barrier that I just could not seem to get past.

After spending year after year trying and failing, I began to lose hope.

What was so frustrating to me was that I knew I had certain giftings and skill sets, but in the job I had, they were completely unnecessary and even looked down upon.

Looking back on the whole experience, it is clear to me that God actually spared me – because had I gotten one of the promotions there that I wanted, I likely wouldn’t have had the motivation to take the leap to start my own business.

It was the desperation and the thought of having to spend another 20-30 years in a job I hated that made it pretty easy to embrace the “risk” of starting my own business.

Anyway, back to the life coach…

We first met at a Cheesecake Factory and I remember walking in and almost immediately after shaking his hand, him saying rather bluntly, “So, what do you want?”.

I had thought about a lot of things I didn’t want in life.  A low-paying job, a job I hated, a dead-end career path were all at the top of my list, but I hadn’t really spent much time thinking about things I wanted.

But he made me.

Once I was able to decide on specific things that I wanted in life (particularly in the next 5 years), he had me write them down.

It is a weird feeling writing down goals that you have no possible idea of how they could ever manifest in your life.

Part of the challenge for me was my fear of failure. It was easier for me NOT to set a goal because that way I would avoid any failures.

I knew this wasn’t the way I should be living my life, but I was doing it anyway. Looking back I realize that I was kind of living the opposite of a life of faith – if I couldn’t see it or at least figure out how it was possible, I didn’t truly believe that it was possible.

3  years later I had a conversation with my old life coach and it dawned on me that almost all of the goals I had written down had come to pass – and I had lots of reasons to believe that all of them would come to pass by the 5 year mark.

Remembering what I was thinking at the time is what amazes me about this. From my vantage point, the goals I wrote seemed equally as unlikely as if I had written that I wanted to walk on Mars or become the president of the U.S..

Where is God in all this?

Looking back, I know without a shadow of doubt that it was the Lord. I expended all of my energy and know-how trying to reach some of these goals on my own, to no avail.

I know that while I had a part in all of this, by being diligent, working hard, etc, I could have never reached these goals on my own.

For most of my Christian life, I was somewhat hesitant about goal-setting because I didn’t want to get caught up in “my plans” rather than God’s plans.

I always want to do His will over my own and never want to get caught up in just doing a bunch of “works” for God that weren’t what He had in mind for me.

But what I think happened was that even though I was writing those goals from my own interests and desires, they were actually God’s plans for me. John 15:7 says,

“If you abide in Me, and My words abide in you, ask whatever you wish, and it will be done for you.”

Looking at that verse, we can see that this whole writing-goals-down thing isn’t a formula that we can use to manipulate God. It starts with us abiding in Him and getting in the Bible so that our wills better align with His. And apparently, as that happens, the natural result is that the things we ask have a better chance of being in line with His will.

Even still, I don’t make the assumption that any goals I set are automatically God’s will, but now when I set goals, I prayerfully seek after them submitting to whatever God has in mind.

The Role of Faith

Hebrews 11:6 says that without faith it is impossible to please God. That is a big and bold statement.

I interpret it like this: if I want to please God, I need to believe in something that I can’t figure out how it will happen.

Like I mentioned before, when I was writing that original set of goals, I knew that I could not reach them on my own. I had tried and failed. Again and again.

I knew that the only way they would be reached was if God was at work behind the scenes. Personally, I didn’t at all feel like I had the faith to believe that they could come to pass.

But it seems to me that the act of just writing the goals down and opening up to the possibility of failure was a huge step of faith – perhaps just a mustard-seed sized amount – but faith nonetheless, that God honored.

If you haven’t already, give it a try

I have a feeling that God has some awesome things He wants to do in our lives that He is just waiting for us to believe are possible. If you have some desires, dreams, or things that you are longing to see changed in your life or in the world around you, I encourage you to write them down.

Make a list of how you would like your world to be different 5 years from now. Don’t worry about the “how”. Our job isn’t to figure out how everything will happen, rather to trust that God knows how to make it happen.

When our minds are confronted with a question, they seek to find an answer.

Ask yourself how you can take the first step towards reaching the goal. What is one single thing I can do today (no matter how small) to reach this goal?

Continue to keep the goals in the forefront of your mind and if you are anything like me, you might just be surprised to see where you are in a few years.